Anderson has a great win in ring

Connor Anderson had his greatest success in the boxing ring recently when he fought and beat the current New Zealand champion in his grade. “We took Connor Anderson to his 14th bout over at the local Manawatu Champs tournament recently,” his coach Adam Jones said. “We found out during the week that he was matched up with the current New Zealand title holder for the 66kg division. “We knew this other kid was real sharp, so we worked on a few combinations and quick footwork during the week. “The first round was a fullon start from both boys 30 seconds toe to toe with Connor giving his opponent a right hook followed by a left hook to floor his opponent.” The fight went three rounds with Connor dominating right to the end to give him a unanimous-points win. Coaches Adam Jones and Tony Mansill said it was one of the best fights they’ve seen Connor for using his skillwork and power. “We also trained two guys that fought on a charity night down south in Christchurch — Dean Blacklaws and James Vallance,” said Jones. “Dean fought a good technical fight and got the points win! “James came up against a bigger opponent, made it hard work to get in and score points, learnt a lot out the fight. He didn’t get the win but he gave it his all,” he said. “We are currently training hard right up to our next event the New Zealand Golden Gloves, where we are entering Connor and Anson Rothwell at Taupo during this Queen’s Birthday weekend June 4-6.” 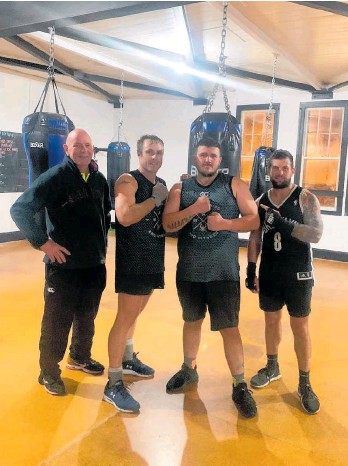 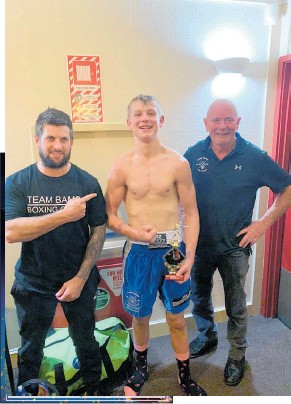