Slow-slip quakes have preceded some of the most devastating quakes recorded — including the 9.1 Tohuku earthquake in 2011, the 8.1 Iquique earthquake in Chile in 2014, and a 7.2 shake off the coast of Mexico the same year. Earlier this month, researchers reported how the slowest earthquake ever recorded — lasting 32 years — eventually led to the catastrophic 1861 Sumatra earthquake in Indonesia. But Wallace said that we often see slow-slip events in New Zealand, and they don’t necessarily mean a larger earthquake will follow — slowslip events typically occur at least once or twice a year, and we now know that they are part of the normal behaviour of our subduction zone. She said information from slowslip events could help future forecasting of earthquakes. 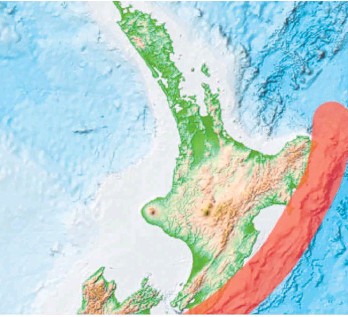