Aproposal to expand the size of Hastings District Council won’t cost ratepayers extra money and some of the criticism around the idea has been misleading, a councillor says. Community consultation closed on Friday evening for the council’s representation review which includes a major shakeup to Hastings District Council. The review was triggered by a decision to introduce Ma¯ori wards earlier this year for the 2022 local body elections. An initial proposal about how best to introduce the Ma¯ori wards and reshuffle the existing council has been put to the community. Under the proposal, sent for consultation, there will be 16 Hastings councillors (including the mayor) up from 15 (including the mayor). That will include three councillors representing the new Ma¯ori ward. A reshuffle of the five general wards includes reducing Flaxmere ward from two councillors to one. At least four councillors have come out publicly opposing the proposal, stating it will make the council larger than is needed and also under represent Flaxmere. Councillor Geraldine Travers said a comparison made public this week by a fellow councillor had been inaccurate, which claimed that Wellington City Council would be a smaller council than Hastings if the proposal went ahead, despite having almost five times the population. She said that was false as Wellington City Council only had about two and a half times the population. “The Wellington council area quoted is actually serviced by four councils. “And Wellington City itself might have twice our population but Hastings District has (vastly) more territory to cover.” Travers said given a lot of council expenditure was around infrastructure, Hastings was a big council compared to other regions. She said the proposal would not include a higher cost for ratepayers either, as councillor salaries came out of one remuneration pool. “If you have more councillors it just means each person gets less. It does not actually cost ratepayers any more money at all.” Councillor Wendy Schollum conceded her figures comparing Wellington and Hastings councils were incorrect earlier this week, but said she still believed the council did not require an additional councillor. “The Wellington City Council is still 200,000 population to our 88,000 which does still highlight a much larger population.” 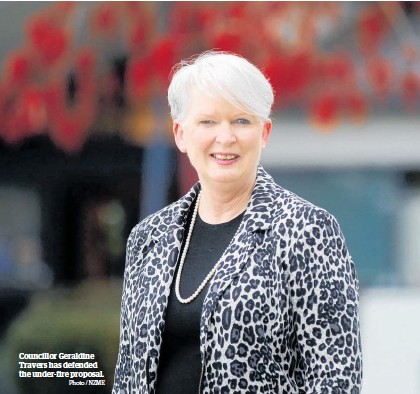