Avaccination passport is one tool for an event-full Hawke’s Bay future — despite an uncertain Delta forecast. From as early as next month, Government announced that vaccination passports will be considered to minimise risk at large gatherings. Prime Minister Jacinda Adern said, “If you are booked for a summer festival . . . this a warning or a headsup, go and get vaccinated.” A person is currently considered to be fully vaccinated and entitled to a passport 14 days after their second dose of the vaccine. Hawke’s Bay Arts Festival director Pitsch Leiser said the vaccine is “one of our tools now to ensure we can return to gathering and have less fear in engaging as a community”. “We need wider consensus and broad support from people using these tools for us to stay in business.” Napier City Council’s event manager Kevin Murphy sees a vaccination passport as a potential solution to the risk and uncertainty posed by the Delta outbreak in Aotearoa. “I’m encouraged by the signs of the vaccination passport, which is likely to be introduced in the next few months and will allow events to deliver what people enjoy. “The focus now needs to be on getting people vaccinated, if they are wanting to attend summer festivals,” Murphy said. The Hawke’s Bay event scene is currently choosing optimism ahead of what could be an exciting season of festivals, sports events and art extravaganzas — deciding to focus on what is possible, like an increased adoption of Covid tools, rather than the hardship faced by the arts community. “It’s been a really interesting experience, over the last couple of months, it’s been a period of changing goalposts. “The Delta variant is a different ball game to what we have experienced with Covid previously and we’ve been adjusting to what comes with the different alert levels and learning what’s possible,” Leiser said. What is possible for the Hawke’s Bay Arts Festival is a focus on local performers and the rescheduling or cancellation of Auckland-based artists. “We want to celebrate our humble, small, perfectly repackaged festival. With the focus on Auckland, we feel confident that we can deliver a locally-focused programme. “We have recycled events that were unable to go ahead into early next year because we want to make sure that the commitments we’ve made to artists is upheld,” Leiser said. For festivals reliant on an Auckland stream of artists and production teams, line-ups haven’t been as easily reshaped. The Labour of Love festival, which was organised by Fabrik and The Good Batch, was cancelled this week, with tickets scheduled to be refunded, due to the unlikelihood of a sudden shift in alert levels. Fabrik’s director Toby Burrows said he was expecting about 2500 festival-goers from ticket sales. “But we thought we can’t leave this up to the last minute, there’s so much involved — so many people and everyone’s travel on top of that — so we had to make a call.” Event planning now entails a very real risk of Covid-related cancellation, which Hawke’s Bay Tourism is also privy to. Hawke’s Bay Tourism chief executive Hamish Saxton said, “For many event organisers, the risk of spending substantial funds on infrastructure and the building and marketing of an event that might not go ahead has significant associated risk. The Government’s announcement of future vaccination certificates is a positive step and event organisers will be watching the timing of the rollout with great interest,” he said. 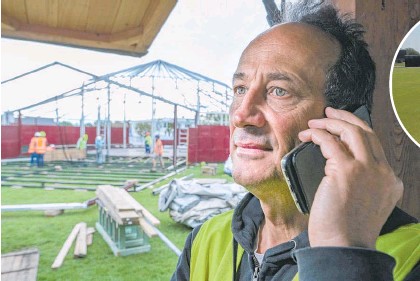 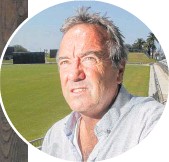