AFTER A WHIRLWIND romance in Bangladesh, Australian journalist Jessica Mudditt and her Bangladeshi husband Sherpa arrived in Yangon in 2012 — just as the military junta was beginning to relax its ironclad grip on power. It was a high-risk atmosphere; a life riddled with chaos and confusion as much as it was with wonder and excitement. Jessica joined a small team of expat editors at The Myanmar Times, whose Burmese editor was languishing in prison. Whether she was covering a speech by Aung San Suu Kyi, getting dangerously close to cobras, directing cover shoots with Burmese models, or scaling Bagan’s temples, Jessica was entranced and challenged by a country undergoing rapid change. But as the historic elections of 2015 drew near, it became evident the road to democracy was full of twists, turns and false starts. The couple was blindsided when a rise in militant Buddhism took a personal turn and challenged their belief that they had found a home in Myanmar. A dollar from every book sold will be donated to fundraisers platformed on I Support Myanmar. We asked Jessica some questions: Tell us a little about Our Home in Myanmar It’s a memoir about the four years that I lived in Yangon with my Bangladeshi husband, Sherpa. I started off working at The Myanmar Times and Sherpa became the editor-in-chief of a business newspaper. During the historic elections of 2015, I was the first expat editor to be appointed on staff at the state-run newspaper and was tasked with toning down the propaganda and helping to improve it in other ways. I had a lot of adventures (and misadventures) in Myanmar, and grew up somewhat during the process. What inspired you to write this book? I found day-to-day life in Myanmar endlessly interesting and challenging, and as a journalist I’d never really had the chance to write about the more personal side of living there, or some of the interesting people I got to know. I wanted to document what it was like to be an expat in Myanmar, which had been isolated from the rest of the world for 50 years but was suddenly opening up. I am glad to have written about a time of optimism and progress; especially in light of the recent military takeover. What research was involved? As a memoir, it is of course a collection of my lived experiences and not second-hand research. However, I left Yangon in 2016 and I started writing the book in 2018, so I needed to make sure my memories were as accurate as possible. Along with rereading my articles and journal entries, plus articles by other sources, I went back through my photos, blog and Facebook posts to help me recall extra details. What are some of the standout stories in the book? In 2013, I covered a speech by Aung San Suu Kyi and I was surprised to discover that she was less charismatic in person than I had expected her to be. What do you treasure most from your time living in Myanmar? I will always treasure the friendships I made, both with Burmese people and fellow expats. I am a better person for having known them. I will also never forget the injustices that so many Burmese people faced with courage and dignity. That has given me perspective. For example, my editor Sonny Swe at The Myanmar Times was imprisoned for seven years and spent several of those in solitary confinement, yet he emerged from prison with the same determination to work in the media industry, no matter the risks. How do you feel about the events in Myanmar now? I am heartbroken. It is awful to see everyone’s hopes and dreams crushed. The violence has been appalling, with more than 900 people killed and almost 6000 arrested since the militaryled coup in February. The situation with Covid-19 is frightening — there have been warnings that half the population will soon have the disease if urgent help isn’t provided. It is hard to see a way out at this point and I find it very distressing. 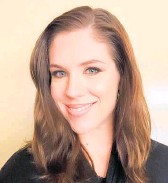