Levin Folk Music Club welcomes Nicola Hooker and friends Jo Sheffield and Jude Madill to play an early concert tonight. Doors open at 7pm and the concert will begin at 7.30pm, followed by a light supper and our regular open mic to finish the evening. Nicola covers a variety of songs from different genres and takes inspiration from artists such as Gillian Welch, Amos Lee and Elton John. She started singing and playing the piano at age 10 and took up the guitar, ukulele and drums later in life. Nicola enjoys teaching music just as much as playing it and has been teaching in primary schools for about a decade. She is currently in the final year of a music degree at Victoria University but still teaches part-time. Many from the Palmerston North and Kapiti area have benefited from her talents and time. Nicola played in Palmerston North bands Ben and the Believers, Ruahine Rangers and Ukebox, and recently joined the all woman, folkstyle Eagles tribute band The Eagals. She has also been a part of the female acapella choir The Shicka Chickas for the last two years in Wellington. We look forward to this melodic medley of voices and a great night of music. Although no guest is planned for July, the club looks forward to an entertaining night of music from regulars. Visitors are very welcome and can put their name down for a spot on the blackboard. Admission for July’s concert is $5. 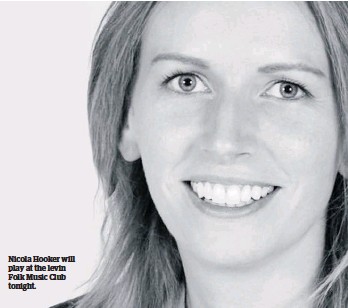