GEMS OF GUARDIANS PAST

Sidney and Beth Richardson’s 69 years of marriage was celebrated in the April 27, 1994 Guardian. They had lived in Palmerston North all their married life. The story said Sidney turned 95 in the February and keeps good health although occasionally he loses his balance. “The doctor tell me it’s just age,” he says. “I could have told him that myself.” He was still living in his Hokowhitu home while Beth was at Palmerston Manor. Beth’s age was not given. Awatapu Special School students were upset after their basketball hoop was ripped off the back board only three days after it was installed. Someone had also tried to set a fire in the bark at the base of play equipment. A feature about families in business included stories about Barbara and Allen Bennett of Window Trendz, Ash Cairns of Cairns Bins, and Robyn and Patrick Miller of Miller’s Kitchen. At Stretching Your Dollar cooking classes Sue Walker and Phil Holdsworth demonstrated how to cook curried sausages. Fresh Affare was selling two avocados for $1, kiwifruit for 89c a kg and celery for 49c a bunch. 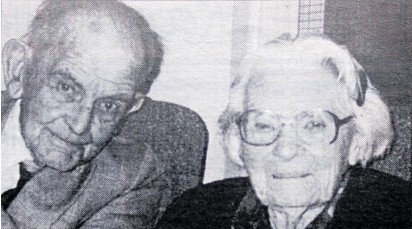