Call out for Asians in the Bay award nominations

Nominations are now being called for next month’s Asians in the Bay Awards, the only event of its kind in New Zealand, which has been held annually since 2012. An evening of celebrations will be held on Monday, August 9 at the Toi Toi HB Events and Arts Centre, Hastings. Tickets are available via Toitoivenues or Ticketek online. Asians in the Bay Awards was founded and launched by Leah Baterbonia in 2012 with the support of aworking committee headed by the visionary late Tong Too, who chaired the Ethnic Association of Hawke’s Bay, with staff from Napier City and Hastings District Councils, along with committee members of the Ethnic Association of Hawke’s Bay. From its pioneering year, the awards started with only three award categories of Best Asian Practising Professional, Best Asian Entrepreneur and Best Asian Community. In 2013, the former Ethnic Association, now the Multicultural Association of Hawke’s Bay, took over the organising of the event. “These awards aim to recognise the significant contribution which our local Asian residents give towards the economic and cultural development of Hawke’s Bay,” says the president of the Multicultural Association, Sukhdeep Singh. As years passed by, the award categories expanded to six — Best Asian Restaurant, Best Asian Business, Best Asian Practising Professional, Best Asian Community, Best Asian Secondary Student and Best Asian Tertiary Student. This has fostered even more social cohesion amongst the MCA members and collaboration with various organisations, institutions, government agencies and generous sponsors. It also involves an independent judging process with tedious scrutiny, Sukhdeep says. “Now in its 10th year, MCA hopes to bring more people with diverse ethnicities to celebrate the achievements and their valuable contributions for the region. “Furthermore, this event can engender a means of more support mechanism, collaborative community engagement, business networking and even enhance and encourage greater academic excellence.” This year, the keynote speaker will be the Philippines Ambassador to New Zealand, the Hon Jesus “Gary” Domingo. The executive director of the newly launched Ministry for Ethnic Communities, Anusha Guler, will also attend. Please send nominations to asiansinthebay@gmail.com or PO Box 311, Hastings 4156. 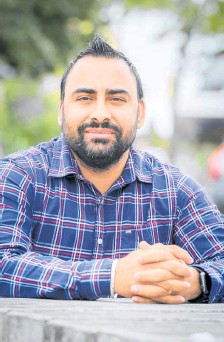