Shakespearean words in a climatic context 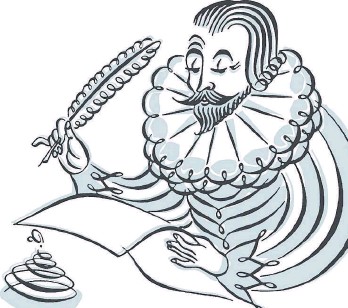 ‘It was greek to me’ (Julius Caesar) but 1700 words given us by Shakespeare are still in use today. It’s an ‘amazement’ (King John) that ‘countless’ (Titus Andronicus) words are still ‘fashionable’ (Troilus and Cressida), it may just have ‘dawned’ (Henry V) on you that this Homo Sapien was a ‘champion’ (Macbeth). ‘For goodness’ sake’ (Henry VIII), human health and existence is a fundamental human right. ‘All that glitters is not gold’ (The Merchant of Venice) perfectly describes fracking! It is indeed ‘gloomy’ (Henry VI) that the effective CO2 atmospheric concentrations have now risen to over 490 ppm. New Zealand has become a ‘laughing stock’ (The Merry Wives of Windsor) on the international scene winning a number of Fossil Fool Awards at COP21 and, in spite of signing up to limit fossil fuels with 200 other countries, Block Offer 2017 from this Government is the highlight of the fracking and oil PEPANZ New Plymouth conference in two weeks. New Zealand’s commitment ‘Melted into thin air’ (The Tempest) and this is a ‘sorry sight’ (Macbeth) for anyone concerned about climate change. Climate change has brought us helter skelter weather and we might ‘catch a cold’ (Cymbeline), but climate effects also include acidifying oceans, species extinction (the ‘be-all and the end-all’ (Macbeth) since we are not immune!), we are ‘bedazzled’ (The Taming of the Shrew) by uncontrollable forest fires and ‘grovel’ (Henry IV) before increasingly powerful hurricanes and tornados, drought, disease, sea-level rise, starvation, mass migrations, poverty, instability, conflict/ war and we wait with ‘bated breath’ (Merchant of Venice) for increasingly lethal natural disasters! ‘As good luck would have it’ (Merry Wives of Windsor), instead of some faceless company, well-known New Zealand families lead our fracking and oil industry, ‘Despised, distressed, hated, martyr’d, kill’d! Uncomfortable time, why camest thou now to murder, murder our solemnity?’ (Romeo and Juliet) If they were interested in ‘fair play’ (King John), these ‘bloodsucking’ (Merchant of Venice) frackers would have already divested from fossil fuels and be in the solar or wind business, but alas, they don’t have ‘a heart of gold’ (Henry V). The ‘naked truth’ (Love’s Labours Lost) is that the PEPANZ conference is ‘a wild goose chase’ (Romeo & Juliet) since we will ‘break the ice’ (Taming of the Shrew) by burning even existing reserves much less new discoveries. ‘A dog will have its day’ (Hamlet) but should we listen to ‘flowery’ (A Midsummer Night’s Dream) PR from ‘idleheaded’ (The Merry Wives of Windsor) PEPANZ and allow it to ‘hoist with his own petard’ (Hamlet) our climate future? I for one think not, and encourage anyone who possibly can to come to New Plymouth for the Peoples Climate Rally, March 21-23, to inform the NZ fossil fuel industry that they really are past use-by date, to learn about our future energy sources and above all to help shut down the PEPANZ conference on the 22nd! Science, not silence is the mark of Homo sapiens, or perhaps my estimation that we have devolved to Homo Anura, quietly sitting in the pot while the water begins to boil is correct. You don’t have to believe in human-induced global warming, but you will have to participate! ‘All’s well that ends well’. (All’s Well that Ends Well) We must be a ‘tower of strength’ (Richard III) and not ‘budge an inch’ (Taming of the Shrew) in deciding to be like Shakespeare, nor be ‘fainthearted’ (Henry IV) in rejecting the Homo Anura devolution. If you’re still ‘in a pickle’ (The Tempest) over this, it’s because Shakespeare also posed perhaps the greatest question of our ‘brave new world’ (Brave New World), ‘To be, or not to be? That is the question — Whether ‘tis nobler in the mind to suffer The slings and arrows of outrageous fortune, Or to take arms against a sea of troubles, And, by opposing, end them? To die, to sleep — No more — and by a sleep to say we end The heartache and the thousand natural shocks That flesh is heir to — ‘tis a consummation Devoutly to be wished! To die, to sleep. To sleep, perchance to dream — ay, there’s the rub, For in that sleep of death what dreams may come When we have shuffled off this mortal coil, Must give us pause. There’s the respect That makes calamity of so long life.’ (Hamlet) While it’s not the “be all and end all’ (Macbeth), The People’s Climate Rally can give us ‘elbow room’ (King John) in ‘One fell swoop’ (Macbeth) to shut down our dangerous love affair with fossil fuels or we will regret not doing so “forever and a day” (As You Like It). “Jealousy is the greeneyed monster” (Othello), so don’t be jealous of me for attending, do the right thing by attending the People’s Climate Rally and become a ‘whiffler’ (Henry V) to the right side of history!